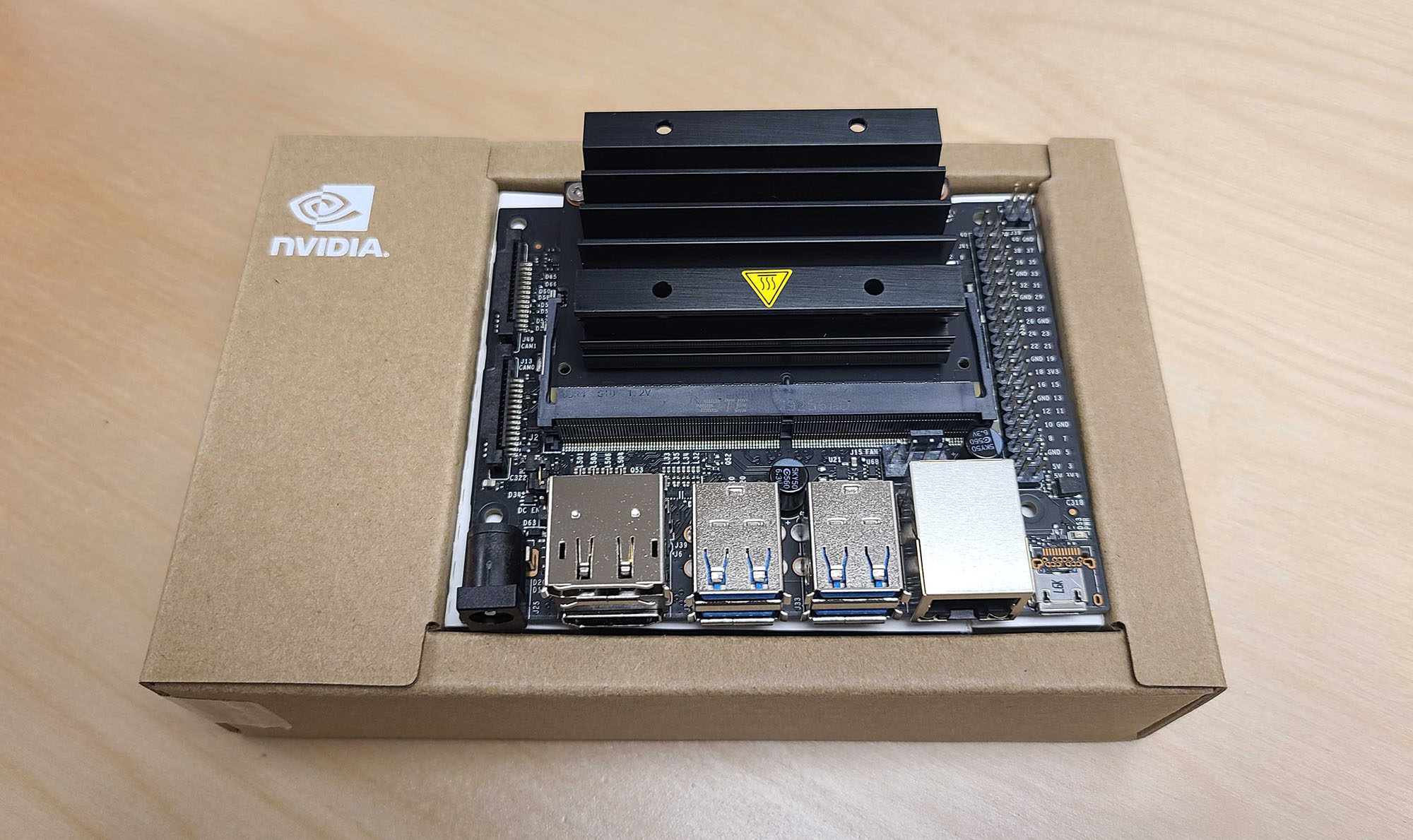 During the last few weeks, I’ve had the opportunity to play around with the NVIDIA Jetson Nano. As an artificial intelligence enthusiast, I was very eager to see what the Jetson Nano could do, and I was not disappointed.

The Jetson Nano is a small AI computer, about the size of a Raspberry Pi. Just like the Pi, the Nano runs Linux and contains a 40-pin header for interfacing with other components. With 4 USB ports, ethernet, and HDMI, it’s a self-contained computer. What separates the Nano from the Pi, however, is the NVIDIA GPU. With 128 cores, the GPU is capable of performing floating point operations substantially faster than a typical machine. It’s those very floating point calculations that are the bulk of AI processing applications.

Taking the Nano for a spin, I downloaded their OS image and installed on an SD card. Visiting NVIDIA’s website, I found that they offered a free online course to learn the basics. Through their course, I was able to create simple AI to perform real-time image classification. Unlike a typical Haar filter generation, the Nano was able to create a classifier in minutes. And, even more exciting, the PyTorch framework they demonstrate contains pre-trained networks that allow for far fewer images than a typical Haar filter requires. Additional NVIDIA courses include video processing using C++, medical image processing, and countless other AI tasks.

What makes the Nano so exciting is just how fast it works. Having developed AI models in the past, I’m accustomed to lots of waiting. However, the Jetson Nano functions like a mini AI supercomputer. For beginners, this means you can easily generate your neural network model quickly and perform validation tests with substantially less effort than traditional computer architectures.

I highly recommend the Jetson Nano for anyone wanting to learn more about artificial intelligence or wishing to experiment with potential consumer or industrial applications with computer vision.